CPL is all about innovation – but innovation based on sound engineering principles and skills that have been developed over hundreds of years. Combining respect for the ancient, and excitement with regard to the modern, is a key element of our identity.

This weekend, our Chairman was invited to join the Lord Mayor’s procession, as a representative of the Senior Livery Companies. 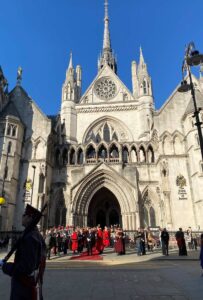 This group represents the 76 Liveries which were formed before 1926, some dating as far back as the Norman Conquest. These are the ancient trades, and as a group they contribute enormously to the ‘good causes’ supported by the Mayor.  Last year their contribution represented 70% of the £76m distributed to a wide spectrum of agencies working on projects relating to education, homelessness, hunger, domestic abuse, mental health and to address re-offending.

As well as raising huge sums of money and distributing it to good causes, the Liveries also support their respective “crafts”, by funding apprenticeships, giving prizes, assisting with exams, helping with recruitment, awarding scholarships and supporting those members of their craft who fall on hard times.

Richard Hefford Hobbs joined the many liveries represented, demonstrating his personal commitment to the support of heritage crafts and to the creativity that underpins engineering and design in our world today.

What is the Procession?

It’s an annual event, taking place in the City of London to celebrate the new Lord Mayor taking on the role. This longstanding tradition is bursting with pomp and ceremony.

In 1215, King John was persuaded to let the City of London elect its own mayor, with one major condition; each year the new mayor must travel from the City to Westminster to swear loyalty to the crown. Those are the origins of the Lord Mayor’s Show which has run for more than 800 years. 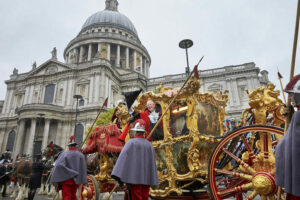 This year’s Lord Mayor’s Show began at 11am with the procession, an epic three-mile long procession, consisting of 133 floats and taking about an hour and a quarter to pass a single point. It winds its way through the City, beginning at Mansion House, via Cheapside and St Paul’s Cathedral, and arriving at the Royal Courts of Justice.

What is the significance today?

Engineering in the modern world is sometimes seen as an antiquated art but at CPL we believe that engineering is the key to progress. Invention needs to be implemented to effect change – great designs need to be ‘made’ to work, to operate, perform and deliver within budget. Those that have paved the way through creativity, innovation and hard graft still set the precedents that we depend on.

At CPL we pride ourselves on adding value by assessing and advising on the ‘manufacturability’ of the most challenging technological designs. We translate great concepts into working actuality.  We constantly demand more from our ‘tools’ and materials and we encourage our team to push the boundaries. Those that formed a part of the parade this weekend share our commitment to ingenuity and skills development in the contemporary economy.

This is Engineering Day – 3rd November

What a beautiful day

You can find out more about which cookies we are using or switch them off in settings.

This website uses cookies so that we can provide you with the best user experience possible. Cookie information is stored in your browser and performs functions such as recognising you when you return to our website and helping our team to understand which sections of the website you find most interesting and useful.

Strictly Necessary Cookie should be enabled at all times so that we can save your preferences for cookie settings.

If you disable this cookie, we will not be able to save your preferences. This means that every time you visit this website you will need to enable or disable cookies again.